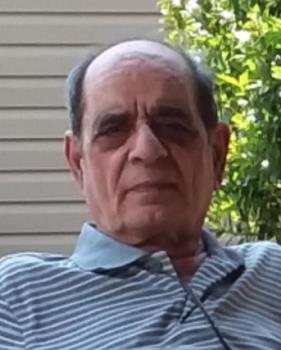 Fred was one of four children born in Ramallah, Palestine.

He was part owner, along with his two brothers, Eddie and Frank, of Ankar’s Restaurant for 40+ years. He had a passion for cooking and feeding people, and he was able to do that in the restaurant business.

He was preceded in death by his dad, Joe, his mom, Helena, his brother, Eddie, and his sister, Nora.

He is survived by his wife, Huda, his brother, Frank, his children Jimmy, Mike, David, Peter, and Tommy. He also had five grandchildren, Tommy Jr., Kayla, Joseph, Jalil, and Sophia.