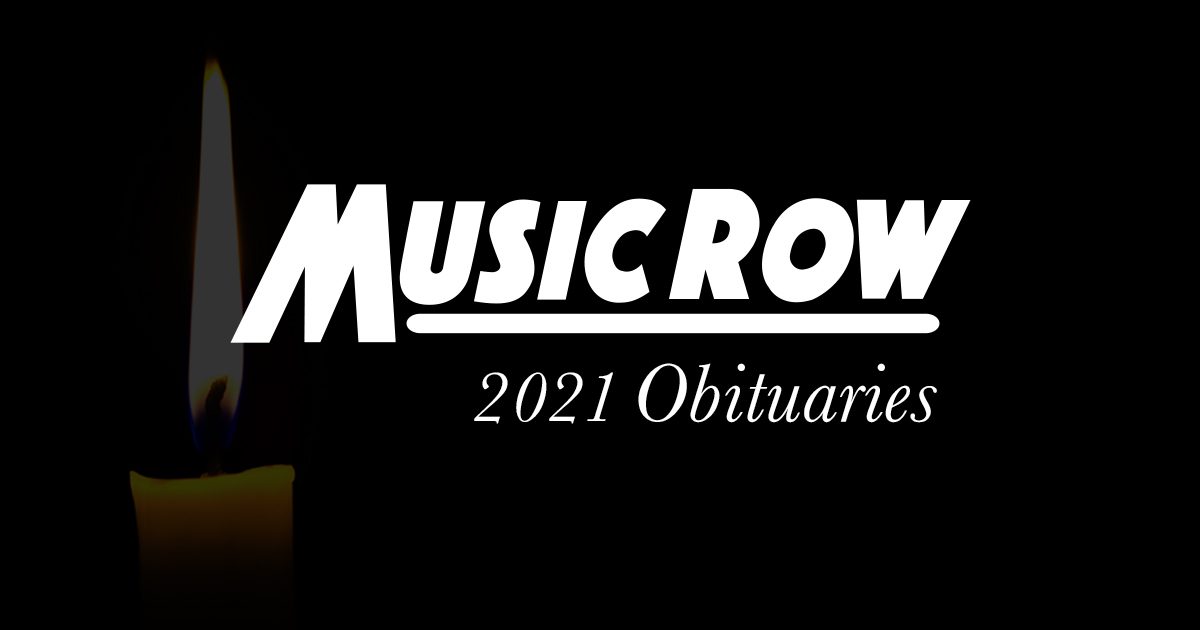 “Go rest high on that mountain” we sing in Vince Gill’s enduring funeral anthem, and that’s the sentiment for those we lost in 2021.

The Country Music Hall of Fame lost Tom T. Hall and Don Everly. Both of them are members of the Nashville Songwriters Hall of Fame, which was also hit by obituaries for Jim Weatherly, Charlie Black and DeWayne Blackwell.

We give thanks for hits that Stonewall Jackson, B.J. Thomas, Jamie O’Hara, Misty Morgan and Ed Bruce sang for us. And we smile at our memories of such great personalities and contributors as Connie Bradley, Bob Moore, Bill Owens, Ron Cornelius and Ken Kragen.

We miss all of them as we offer our annual “hail and farewell” list.

CARMAN, 65, died Feb. 16.
A CCM trailblazer and GMA Hall of Fame member. In 1985, he released his first No. 1 song, “The Champion.” Billboard named him Contemporary Christian Artist of the Year in 1992 and 1995. In 1993, his album, Addicted to Jesus, earned the distinction of Contemporary Christian Album of the Year. The multiple Grammy-nominee held the world record for having the largest audience at a solo Christian artist concert, set the record for the largest concert at Texas Stadium with more than 71,000 fans, and led more than 80,000 fans in worship in Chattanooga, Tennessee. Died following complications from surgery on a hiatal hernia. (Full name: Carman Dominic Licciardello)

ROBERT DOYLE JACOBS, 89, died March 28.
Nashville country singer-songwriter of the 1950s with own weekly TV show on WBKO in Bowling Green, KY. Often sat in with bands on Lower Broadway in later years.

DUSTY HILL, 72, died July 27.
Bassist of legendary rock group ZZ Top. With ZZ Top Hill racked up dozens of hits through the decades and packed arenas with their hard-driving mix of Southern rock and blues. In the 80’s they hit pay dirt when they released a series of albums that added funky synthesizer sounds to their hard-driving guitars, yielding massive hits like “Legs,” the quintessential “Sharp-Dressed Man,” and “Gimme All Your Lovin,’” which sold 10 million copies and remained on the Billboard charts for 183 weeks. Hill and the band were inducted into the Rock and Roll Hall of Fame in 2004. He played with ZZ Top for over 50 years until his death.(Full name: Joseph Michael “Dusty” Hill)

ROBERT HUTCHINSON, 72, died Aug. 2.
Bluegrass singer & banjo player. Member of Hutchinson Brothers duo with sibling John for two albums on Vetco in Cincinnati (1975, 1977). Then with son Robert Jr. as The Hutchinsons on Vetco 1993.

RAZZY BAILEY, 82, died Aug. 4.
Singer-songwriter who placed more than 30 singles on the country charts in 1976-89, including five No. 1 smashes, including “Midnight Hauler,” “Lovin’ Up a Storm” and “She Left Love All Over Me.” In 1976, Dickey Lee scored a major country hit with Bailey’s song “9,999,999 Tears.” The following year, Lee also hit the charts with Bailey’s “Peanut Butter.” Bailey earned top-newcomer awards from Cash Box and Record World, as well as an ACM nomination. He was named Billboard’s No. 1 country chart artist of 1981. Bailey was noted for mentoring new songwriters and aspiring country performers. This kept him active as a record producer well into the 2000s. (Full name: Erastus Michael Bailey)

JOYCE MILSAP, 81, died Sept. 6.
The “eyes” of superstar Ronnie Milsap, her husband. She was his unofficial manager, A&R consultant and career advisor and his unquestionable champion and muse.

SUE THOMPSON, 96, died Sept. 23.
Western-swing singer turned “teen” pop star of the 1960s. While signed to the Acuff-Rose affiliated label Hickory Records in Nashville, Thomson scored big pop hits with “Sad Movies” (1961), “Norman” (1962), “James (Hold the Ladder Steady)” (1962) and “Paper Tiger” (1965). With a pert bright quality in her voice that made her sound much younger than a 36-year-old, Thompson became a “teen” pop star in 1961 with the whimpering ballad “Sad Movies.” She also appeared on Hullabaloo, Shindig, American Bandstand, Where the Action Is, Hollywood A Go-Go and other pop TV shows.

JASON MOORE, 47, died Nov. 21.
Bluegrass bass player in Sideline, the group that won the IBMA Song of the Year in 2019 for its hit single “Thunder Dan.” Formerly in Mountain Heart and The James King Band.

For 2020 obits, including for those lost during the holidays last year, click here.

Robert K. Oermann is a longtime contributor to MusicRow. He is a respected music critic, author and historian.