March 4, 2011: One man sustained minor injuries when a grain bin exploded in Lansing. Austin Fire Chief Mickey Healey said the explosion was likely related to a dust build-up in the facility. 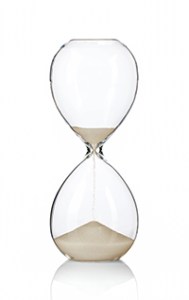 March 5, 2011: Alcohol was a factor in a rollover on Interstate 90 where six people were injured. The freeway was temporarily closed to allow a medical helicopter to land and transport the injured.

1789: The Constitution of the United States went into effect as the first Federal Congress met in New York. (The lawmakers then adjourned for lack of a quorum.)

1797: John Adams was inaugurated the second president of the United States.

1863: The Idaho Territory was created.

1865: President Abraham Lincoln was inaugurated for a second term of office; with the end of the Civil War in sight, Lincoln declared: “With malice toward none, with charity for all.”

1964: Teamsters president James Hoffa and three co-defendants were found guilty by a federal court in Chattanooga, Tennessee, of jury tampering.

1974: The first issue of People magazine, then called People Weekly, was published by Time-Life Inc.; on the cover was actor Mia Farrow.

1981: A jury in Salt Lake City convicted Joseph Paul Franklin, an avowed racist and serial killer, of violating the civil rights of two Black men, Ted Fields and David Martin, who’d been shot to death. (Franklin received two life sentences for this crime; he was executed in 2013 for the 1977 murder of a Jewish man, Gerald Gordon.)

1987: President Ronald Reagan addressed the nation on the Iran-Contra affair, acknowledging that his overtures to Iran had “deteriorated” into an arms-for-hostages deal.

1994: In New York, four extremists were convicted of the 1993 World Trade Center bombing that killed six people and injured more than a thousand. Actor-comedian John Candy died in Durango, Mexico, at age 43.

1998: The U.S. Supreme Court ruled that sexual harassment at work can be illegal even when the offender and victim are of the same gender.

2011: Libyan leader Moammar Gadhafi’s regime struck back at its opponents with a powerful attack on Zawiya, the closest opposition-held city to Tripoli, and a barrage of tear gas and live ammunition to smother new protests in the capital. NASA launched its Glory satellite from Vandenberg Air Force Base in California on what was supposed to have been a three-year mission to analyze how airborne particles affect Earth’s climate; however, the rocket carrying Glory plummeted into the southern Pacific several minutes after liftoff.

2016: The U.S. Supreme Court blocked enforcement of a Louisiana clinic regulation law placing new restrictions on abortion. Bud Collins, the tennis historian and American voice of the sport in print and on TV for decades, died in Brookline, Massachusetts, at age 86. Pat Conroy, author of “The Great Santini” and “The Prince of Tides,” died in Beaufort, South Carolina, at age 70.

2018: Former Russian spy Sergei Skripal and his daughter were found unconscious on a bench in the southwestern English city of Salisbury; both survived what British authorities said was a murder attempt using a nerve agent.

2020: The House easily passed an $8.3 billion measure aimed at speeding the development of coronavirus vaccines, paying for containment operations and beefing up preparedness. Federal health officials investigated a suburban Seattle nursing home at the center of a coronavirus outbreak. Italy closed all schools and universities and barred fans from sporting events.

— The Associated Press contributed to this report.

« Business notes: Charleston among top US cities for remote working | Business
The Good, the Bad, the Beautiful: Moving Back Home During the Pandemic »